Board of Directors Commences Global Search for Next President & CEO 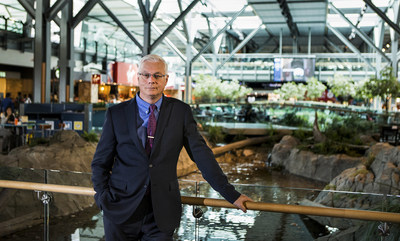 "Craig has led YVR through a period of unprecedented growth all while ensuring that we delivered on our mandate, as a not-for-profit community-based organization, to provide social and economic benefits to the region," said Annalisa King, Chair, Board of Directors, Vancouver Airport Authority. "He has also been recognized both locally and in the broader industry as a champion of reconciliation, accessibility, sustainability and diversity. While Craig helped drive this culture, everyone at the airport, including our employees, our Board and our partners, has a great passion for YVR. Finding a leader who fosters this passion and culture is of the utmost importance to YVR's Board of Directors."

Richmond has spent more than two decades with the YVR family. He joined Vancouver Airport Authority in 1995 and held various operational roles, including Manager, Airside Operations and Vice President, Operations. He then worked as CEO of seven global airports for Vantage Airport Group, returning to YVR in July 2013 to take on the role of President & CEO. During his tenure as President & CEO, he led the team to achieve a wide range of major milestones: ushering in a new Strategic Plan that set a course for achieving rapid passenger and airline growth, developing YVR's ambitious 20-year future roadmap, overseeing the creation of the historic Musqueam Indian Band – YVR Airport Sustainability and Friendship Agreement and leading the team to receive the Skytrax Best Airport in North America award for ten years in a row—something no other airport has ever done.

"The past six years have been an extraordinary time at YVR and I have so much pride in what we've accomplished together," said Richmond. "We grew passenger volumes by 50 per cent, we embarked on the most ambitious capital plan in the airport's history, we created meaningful partnerships within the community—and we had a lot of fun doing it. None of these accomplishments would have happened without the exceptional team at the Airport Authority and the 26,500 employees working in the airport community. I want to thank the Board of Directors for trusting me to lead the team; I know that I'm leaving YVR in steady, courageous and creative hands."

The Board of Directors has formed a Task Force to oversee the global search for its next President & CEO. The Board will seek a leader who understands the YVR values and is committed to safety and security, sustainability and supporting our unique business model. More details on the search will be available in the coming weeks.

Vancouver Airport Authority is a community-based, not-for-profit organization that manages Vancouver International Airport (YVR). Canada's second busiest airport, YVR served 25.9 million passengers in 2019. Fifty-six airlines serve YVR, connecting people and businesses to more than 125 non-stop destinations worldwide. In 2019, YVR was voted Best Airport in North America for the tenth consecutive year in the Skytrax World Airport Awards. Vancouver Airport Authority is a dedicated community partner and in 2018 donated more than $1,000,000 to local organizations. We are committed to creating an airport that British Columbia can be proud of: a premier global gateway, local economic generator and community contributor.